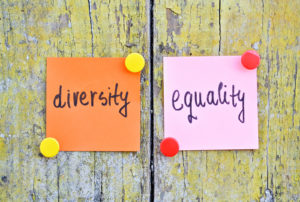 *I would like to preface this blog by saying that I do not identify as transgender and don’t “claim”  the difficult path that these folx have to walk everyday. As a queer,  a gender person I can and do empathize with them as I write the following. *

Monday, November 20th marks Transgender Day Of Remembrance. It is a day of mourning for the ones lost over the years to violence and also a day of celebration for a community that refuses to “go away” despite a concerted effort to silence them. I asked myself, “How best can I help these folx fight the good fight?” The answer that comes to the forefront is inclusion in the eating disorder dialogue.

The eating disorder world has treated the transgender community with what would be best described as lacking. With transgender youth developing eating disorders at the rate of four times that of their cisgender, heterosexual, female peers and being twice as likely to force themselves to vomit, why do they make up such a very small part of people receiving treatment? It has to do with treatment centers and other eating disorder professionals making little effort to make their mission statement one of active inclusion. How do we solve this problem? With positivity and education!

At the meat of treatment inequalities abound. Ranging in scope from microaggressions to lack of representation. Treatment is never easy, but it should not be filled with unnecessary and hurtful obstacles for a person to try and navigate.

Microaggressions are far reaching for these folx. These could range from a professional or even a fellow client saying things like “ but you make such a pretty girl” to a transmasculine person, to the utterly offensive deadnaming* of a client. These practices are NEVER OK!!! We need to make an effort to not “see”  gender, but understand gender identity.

Is all hope lost? Absolutely not! People do have the ability to grow and change. Sometimes they just need a prompt to do so. I am hoping if you read this blog it serves as a nudge for you to make a positive change in the world. I couldn’t ask for anything more!

*deadnaming= the act of referring to a transgender person’s birth name instead of their chosen name.