People Need People, It’s As Simple As That

Home » People Need People, It’s As Simple As That 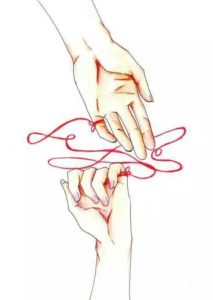 “You need other people. There’s a great freedom in knowing that. And accepting that. And letting people in. Letting them help you.” (Author, Blake Nelson).

It was not until relatively recently that I started to believe this, and even still I can doubt this sentiment’s validity. I was raised in an environment that forced me to behave beyond my years. The idea of needing help scared me into believing I was weak or ‘less than,’ two things I had fought so hard to avoid. My eating disorder and chaotic upbringing were the roots of this fear and ultimately robbed me of connection. Connection from my peers, family, and most importantly, myself.

From the outside looking in, I maintained an image of “normal teenage girl.” I went to homecoming, was student class vice president, wore too much makeup, and always had a smile plastered on my face. But it was in those formative years that felt most alone and anything but “normal.” Nobody knew that I snuck away to purge during homecoming or that my anxiety never let me sleep or that the minute I walked into my house, the makeup and smile came off and survival mode went on. I felt like a stranger in my own body and as far as I was concerned, my eating disorder never left me, so I was sold on keeping it around.

But, it did end up leaving me. You see, with each person I let in and ventured to trust, my eating disorder began to cower in fear. My eating disorder did not like to share, and so once it could no longer convince me that “nobody will know” when I had an urge to skip a meal or spend hours at the gym, its power subsided. My voice became louder, and I used that voice to reach out to others and to speak kind words to myself and my body.

I am 23 years old, am actively maintaining recovery, and I spend every day living out my passions of being a therapist, student, and artist. Even now though, I can still forget that I need other people. But luckily for me, I have an ANAD Recovery Mentor who relentlessly, day in and day out, reminds me that I do. I fell into ANAD’s mentorship program almost on accident, but I can say with great certainty that it has been one of the most beautiful flukes I have experienced in life thus far. Initially I was weary of the idea that I, someone who has been behavior free for years and is a practicing counselor within the field, could possibly need a recovery mentor. And I guess, no, I don’t “need” one, but I am confident in saying that I could not imagine my life without mine. Within the 8 short months I have known her, my mentor has not only positively impacted my recovery, but my life. She has given me my strongest months in recovery, has been the silver lining on many a difficult day, and has taught me that I am at my very bravest when I accept love and support.

Written and contributed by Megan Rose.