ANAD has many eating disorder resources. Welcome to our Book Recommendations! If you would like to submit your book for consideration, please contact our Outreach Coordinator via email at . Don’t have a book, but still have a story? We would love for you to tell us your story. 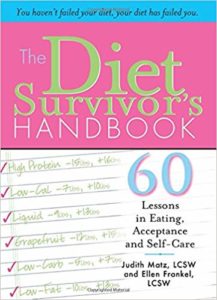 If you’re one of the nearly 116 million Americans trying to lose weight, only to find that every diet you’ve tried has failed you, you are a diet survivor. These 60 inspiring lessons will give you the tools you need to change your relationship with food, your body and yourself. 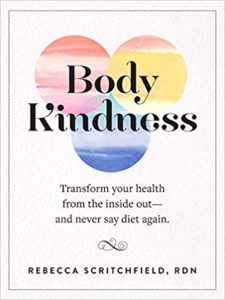 Imagine a graph with two lines. One indicates happiness, the other tracks how you feel about your body. If you’re like millions of people, the lines do not intersect. But what if they did?  This practical, inspirational, and visually lively book shows you how to create a healthier and happier life by treating yourself with compassion rather than shame. 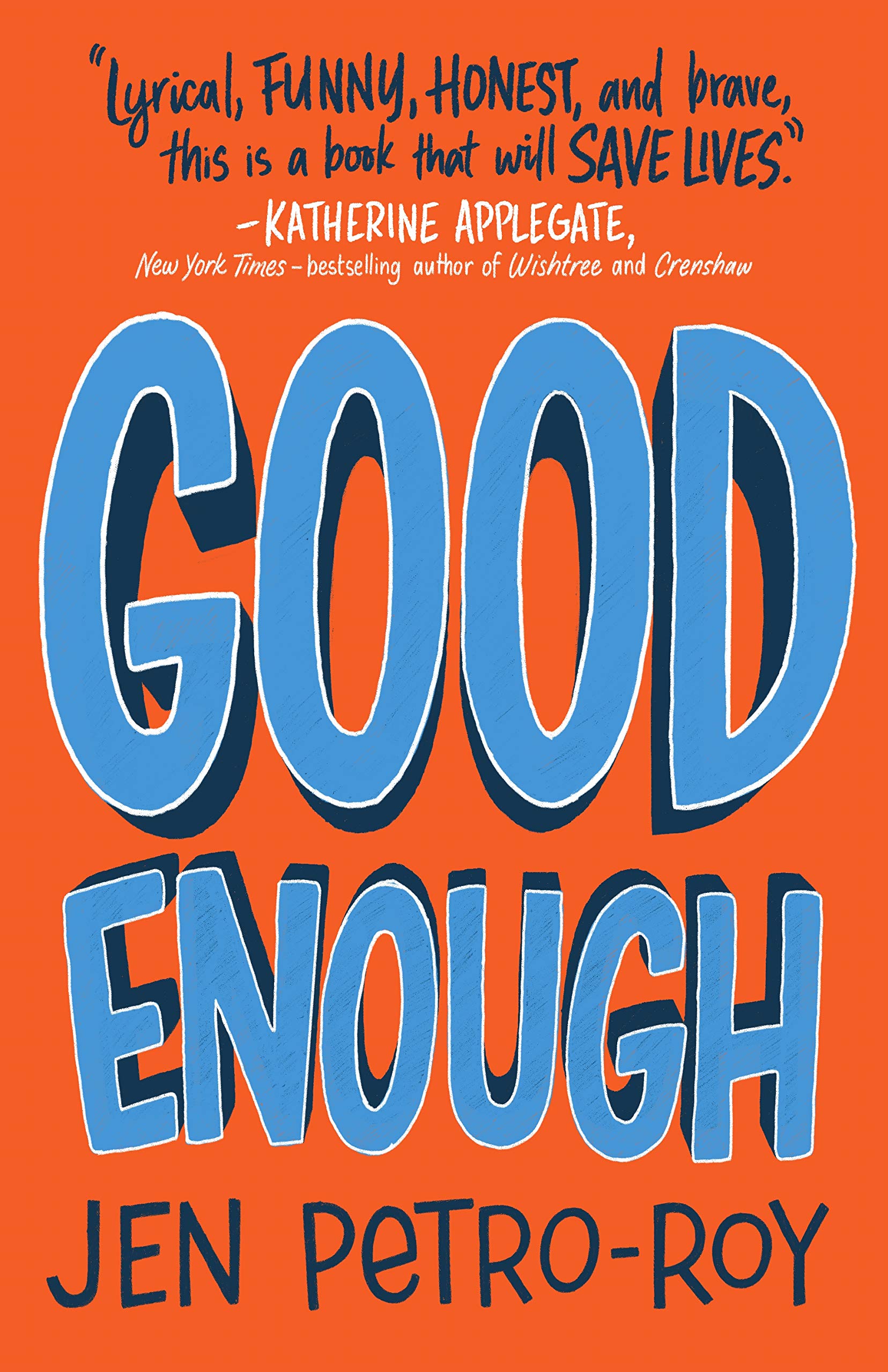 A young girl with an eating disorder must find the strength to recover in this moving middle-grade novel from Jen Petro-Roy. Written by an eating disorder survivor and activist, Good Enough is a realistic depiction of inpatient eating disorder treatment, and a moving story about a girl who has to fight herself to survive. 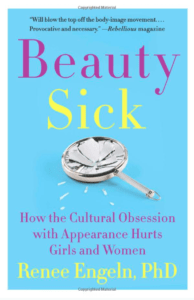 An award-winning Northwestern University psychology professor reveals how the cultural obsession with women’s appearance is an epidemic that harms women’s ability to get ahead and to live happy, meaningful lives, in this powerful, eye-opening work in the vein of Naomi Wolf, Peggy Orenstein, and Sheryl Sandberg. 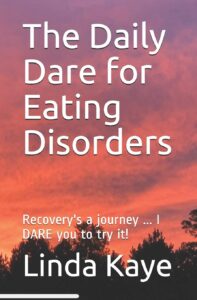 The Daily Dare for Eating Disorders

Through interactive activities and a daily dare, Linda challenges the reader to carry out a hands-on activity to help fight the voice of “Ed.” It is the perfect recovery companion, providing inspiration, compassionate, and meaningful messages to inspire and promote hope for a journey that can, at times, feel hopeless. 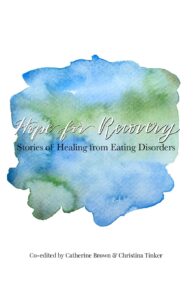 by Catherine Brown and Christina Tinker

The book’s diverse essays emphasize each writer’s journey to recovery, providing hope for individuals suffering with an eating disorder and their loved ones. In addition to these highly personal, vulnerable essays, the book includes informative sections with insights from mental health professionals on topics such as how families can help loved ones affected by eating disorders and males with eating disorders. 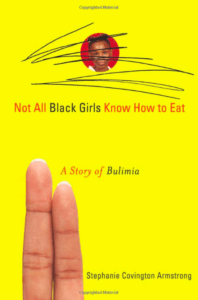 Not All Black Girls Know How to Eat

Stephanie Covington Armstrong does not fit the stereotype of a woman with an eating disorder. She grew up poor and hungry in the inner city. Foster care, sexual abuse, and overwhelming insecurity defined her early years. But the biggest difference is her race: Stephanie is black. In this moving first-person narrative, Armstrong describes her struggle as a black woman with a disorder consistently portrayed as a white woman’s problem. 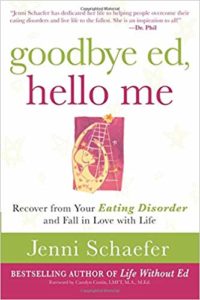 Jenni Schaefer and Ed (eating disorder) are no longer on speaking terms, not even in her most difficult moments. In her bestseller, Life Without Ed, Jenni learned to treat her eating disorder as a relationship, not a condition-enabling her to break up with Ed once and for all. In Goodbye Ed, Hello Me, Jenni shows you that being fully recovered is not just about breaking free from destructive behaviors with food and having a healthy relationship with your body; it also means finding joy and peace in your life. 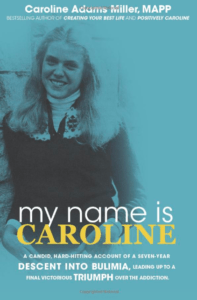 My Name is Caroline 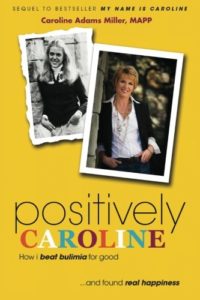 Since the publication of My Name is Caroline, Caroline has received over 100,000 emails, letters and calls from people who said the book gave them hope, but they also wanted to know something more important: Did she STAY in recovery? Positively Caroline is the first autobiography about decades of unbroken bulimia recovery, including descriptions of how Caroline’s recovery continued to evolve through diagnoses of depression and ADHD, bankruptcy, pregnancies and childbirth, and the painful legacy of childhood abuse. 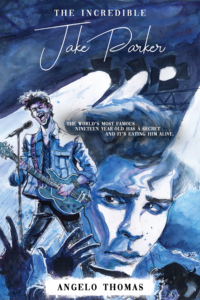 Six months ago, nineteen year-old Jake Parker was on top of the world as a platinum-selling singer, songwriter, and pop music sensation. Now, Jake faces the biggest challenge not just of his career but of his entire life: recovering from anorexia. 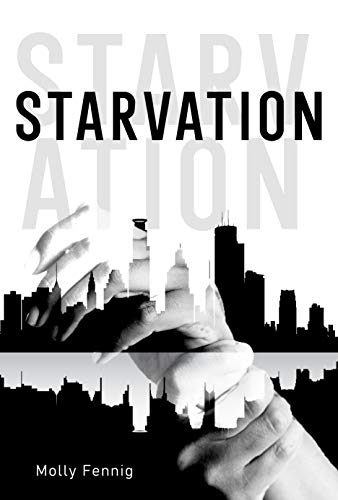 16-year-old Wes McCoy is not the favorite child. But when his brother, Jason, dies in a car accident on the way to the state high school wrestling championship, Wes turns to food to give him the control over his life he didn’t have before, and the kind of success he never tasted. Told through alternating past and present chapters revolving around Jason’s death, Wes must come to terms with more than Jason’s death. Wes must take back control from his eating disorder as he learns more about himself and the mystery surrounding Jason’s accident, before he loses his life and those closest to him.