Eating Disorders in the LGBTQ+ Community

By Kathy LuanANAD Blog
No Comments 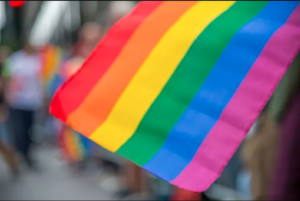 Sponsored by Center for Discovery

According to the National Eating Disorders Association (NEDA), eating disorders in the LGBTQ+ community are common due to a number of reasons:

For transgender and nonbinary people, this stress is exacerbated by body image issues. This can all take a serious psychological toll. Many of these individuals end up engaging in eating disorders and self-harm behaviors as a way to numb and suppress their emotions.

Past media stereotypes have showcased the face of eating disorders as a young, thin, Caucasian female, resulting in delays of diagnosing eating disorders in males, older people, non-Caucasian individuals, those in the LGBTQ+ community and those in larger bodies.

Unfortunately, not much research has been done on the prevalence of eating disorders in the LGBTQ+ community. But we do have some facts to share:

Body image and the LGBTQ+ community

People experiencing gender dysphoria (feeling that their gender identity does not align with their body) are at a higher risk for developing eating disorders. These individuals may try to change their physical appearance through dieting and exercise in order to resemble the gender they identify with internally. Individuals may try to stop, delay, or reverse puberty by fasting, over-exercising or purging.

At ANAD we understand the power of peer support. Throughout our 45 years serving people with eating disorders, we have seen and experienced amazing revelations, new relationships blossom, and the accomplishment of recovery. Learn more about Getting Help here!