Always the Same: The Prevalence of White Therapists in Eating Disorder Recovery

Home » Always the Same: The Prevalence of White Therapists in Eating Disorder Recovery 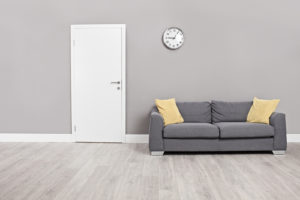 The waiting room is always the same.

Cushy chairs.
A Keurig stocked with “calming” teas and teacups.

So I don’t really know why I expected this place to be different. I had just lost my Therapist of over a year as a result of a change in insurance providers. After weeding through the measly list of “approved” therapists that came up through my Insurance’s Doctor-Match SearchFinder, this was the office it brought me to. Of the few listed, She was the only one whose specialties included Eating Disorders.

So I sat in the waiting room and filled out my new patient form. When my name was called, I walked into her office and almost laughed at the recognition that it isn’t only the waiting rooms that are always the same.

She looked like every other Therapist I have ever had. Young-ish. Female. Short Haired. Professional yet Creative clothes. And White.

In the 15 years I have struggled with Anorexia, I have never had a Therapist of color. I met two once at a conference. Most of my friends of color with Eating Disorders have never even seen one.

I immediately felt the guard that later took us two months to ease down fly up.

Now, Let me be clear. This Therapist, who is now MY Therapist, is not a bad Therapist at all. In fact, she is one of the best ones I’ve ever had. But I am constantly monitored and dictated by White Women. Through images in the media, through make-up and clothing lines, from the White Women who are so often my sup 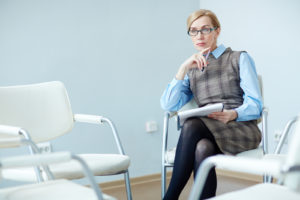 ervisors, from random elderly women on the street who tell me not to swear. I am told how to feel and exist by White Women in a thousand tiny different ways each and every day of my life. It is incredibly unnerving, frustrating, and deteriorating. It is even more so to give one an invitation to the parts of me that I have protected as mine. And paying them to do it.

My Therapists have always been determined to treat me like “Everyone Else”, meaning like White Girl. They have chosen to ignore the “race issue” because it could detract from treating the “real issue.” Their intentions may be good, but it has been invalidating nonetheless.

My Therapists have only ever been able to tell me how to respond to some of my life. It’s not like other circumstances or mental illnesses, my Cultural Experience is something that can only really be fully understood by someone who has lived it. They cannot read a book that will let them know about the scope of the cultural intricacies in So even though I have had some wonderful allies in the Therapists’ Chair, I have never had someone who I felt could fully trust in that seat.

According to an article by Courtney Howard at Eating Disorder Hope, research has shown that Latinas have Eating Disorder rates comparable to or greater than that of our Caucasian counterparts. Greater Than . So why does a google search for Eating Disorder Therapists in Chicago reveal zero results with Latinx Surnames?

Representation matters. We talk about it often in terms of Film and Television, but we don’t talk about the importance of seeing your experience reflected back at you from the Therapists seat. I have spent so long reworking my trains of thought, hiding parts of myself, and dressing up my existence into something digestible for white therapists. I often wonder what levels of healing might be unlocked if they were like me.